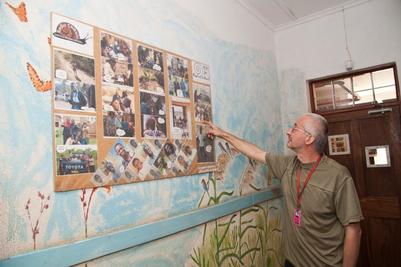 In a ground breaking move to bridge the information gap, the Tonga people of Chikuni Parish, with help from the Jesuit missions through Fr Andrew Lesniara s.j and Fr Tadeusz Swiderski s.j, set up a radio station. It has been broadcasting since 2000. From the few broadcasts when it started, it now broadcasts seventeen hours a day with different programmes covering all aspects of integral human development. Right from the start one of the aims of the radio station was to give the community the chance to create, participate in and listen to programmes that effect the community at large. To this end, fifty-five listening clubs of not less than twenty members each were formed with the intent to discuss issues they would like to listen to on radio.
Two people from each club were put forward to complete the "Basics in Communication and Reporting" course, facilitated by Chikuni Radio Staff. The members were put in four groups. Each group attended for five days. The two member-representatives from each club had internal group meetings in their clubs where they taught their colleagues what they learnt from the workshop.
The topics discussed cover issues such as gender, culture, conflicts between tradition and modern life, agriculture, HIV/AIDS, health, leadership skills and development in rural areas.The group members get an idea, do a survey and record the programme in the villages. The recorded tape is brought to the radio where it is listened to and edited but caution is made not to temper with the producers’ material. 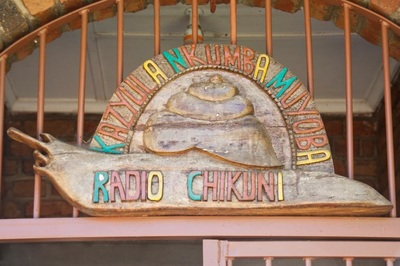 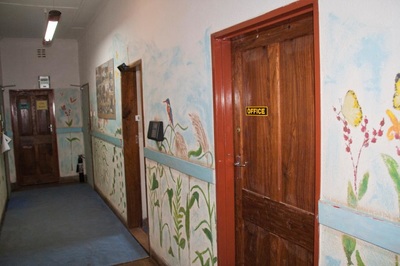 Inside the Radio Station 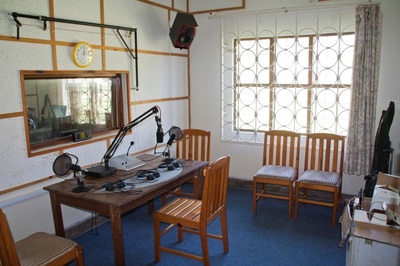 One of the Stations 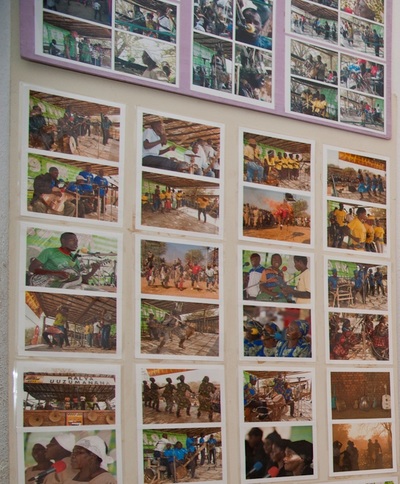 Photo Collection of the History kept at Radio Chikuni
This is to make sure the views of the interviewees are expressed freely.The radio station has a number of trained members of staff as well as occassional media scholars, all of who work tirelessly for the community.Another important group considered as staff are the news gatherers who make radio more informative and interesting with their news items from the villages.The station broadcasts from Chikuni mission on 91.9 FM with a radius spanning over 70 kilometers. It broadcasts to all the 21 out-stations in Chikuni Parish and beyond, with an estimated potential audience of 250,000(low estimate). The station also reaches three other parishes, Monze, Mazabuka and Choma.